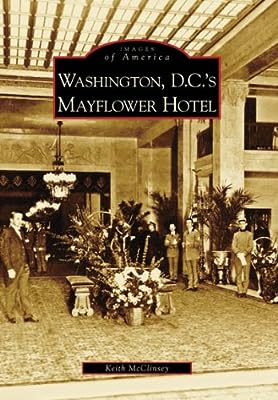 Located just four blocks from the White House, the Mayflower Hotel is “Washington’s Second Best Address,” as coined by frequent guest and former U.S. president Harry S. Truman. The hotel, which opened its doors on February 18, 1925, is listed on the National Register of Historic Places and is recognized for its architectural significance as well as its historic distinction. The first major social event at the Mayflower Hotel was Calvin Coolidge’s charity and inaugural ball. This began a tradition of hosting inaugural events for Democratic and Republican presidents. The hotel’s history is inextricably tied to the history of the nation’s capital and, in many ways, to the nation itself. In 1933, Franklin Delano Roosevelt wrote his inaugural speech in Suite 776 with the famous line, “the only thing we have to fear is fear itself.” J. Edgar Hoover ate lunch at the Mayflower every working day for more than 20 years. In 1973, the Mayflower served as the temporary Chinese Embassy while their offices were being renovated. For over 80 years, this landmark has been regarded as the “Grande Dame of Washington, D.C.”