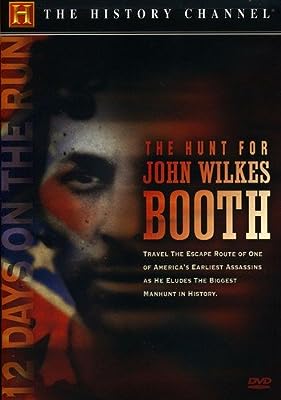 For 12 days in April 1865, as terror gripped the nation, thousands of federal troops, detectives, and police scoured the country in search of the assassin who shot President Abraham Lincoln.

THE HISTORY CHANNEL tells the compellint story behind the conspiracy to decapitate the government by assassinating Lincoln, his Vice President and his Secretary of State, and the manhunt that ensued. THE HUNT FOR JOHN WILKES BOOTH takes viewers through the Maryland countryside, across the Potomac River, and finally into northern Virginia as Booth and co-conspirator David Herold elude their captors. Often fictionalized, this is the true story of this harrowing time, gleaned from news reports, trial transcripts, and a diary kept by the man who pulled the trigger--John Wilkes Booth.

Shot in riveting real-time style along Booth and Herold s 60-mile escape route, THE HUNT FOR JOHN WILKES BOOTH follows the trail of one of America s earliest assassins--a man who changed history.