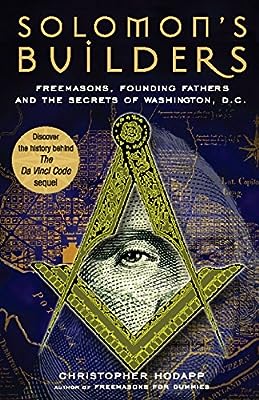 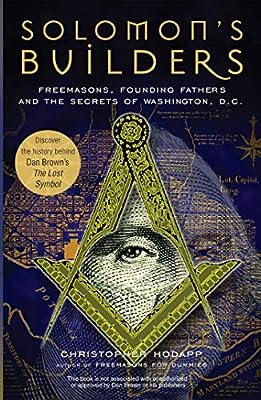 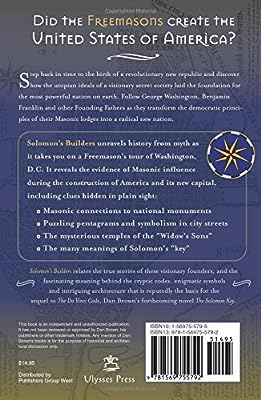 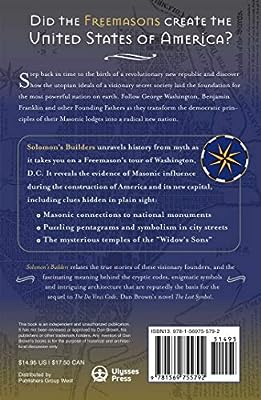 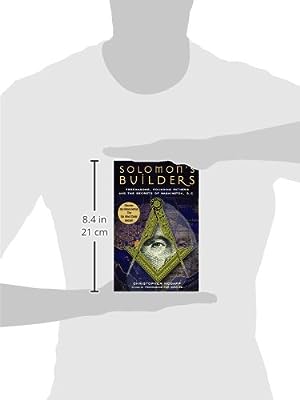 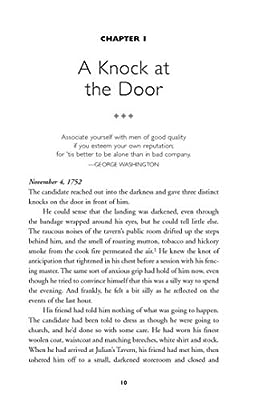 DID THE FREEMASONS CREATE THE UNITED STATES OF AMERICA?
Step back in time to the birth of a revolutionary new republic and discover how the utopian ideals of a visionary secret society laid the foundation for the most powerful nation on earth. Follow George Washington, Benjamin Franklin, John Hancock and other Founding Fathers as they transform the democratic principles of their Masonic lodges into a radical new nation.
Solomon's Builders unravels history from myth as it takes you on a Freemason's tour of Washington, D.C. It reveals the evidence of Masonic influence during the construction of America and its new capital, including clues hidden in plain sight:

Solomon's Builders relates the true stories of our visionary Founders, and the fascinating meaning behind the cryptic codes, enigmatic symbols and intriguing architecture that was the basis for the sequel to The Da Vinci Code, Dan Brown's novel The Lost Symbol.

About the Author
Christopher Hodapp is a Freemason and a Past Master of two Masonic Lodges. His first book, Freemasons for Dummies, is the most popular modern guide to the ancient and accepted fraternity of Freemasonry. He has appeared on the History and Discovery Channels, and recently developed episodes for "Brad Meltzer's Decoded."