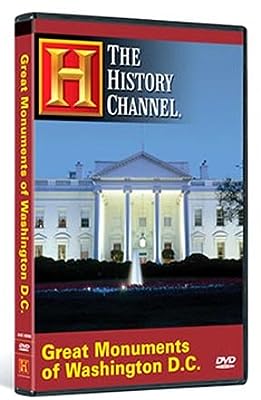 The White House The Presidential Memorials and War Memorials are collected here creating the ultimate viewing experience of the grand architecture and rich history of the nation's capital. THE WHITE HOUSE: Take a privileged look inside the building that is part monument part command center and part luxury mansion - an executive residence that is the international icon of the American presidency. This program offers a remarkable historical tour of the White House from its burning at the hands of the British in the War of 1812 to a tour of Jackie Kennedy's White House redecorations with the First Lady in 1960. THE PRESIDENTIAL MEMORIALS: In this fascinating examination of the resplendent Washington landmarks that commemorate our most celebrated leaders learn the stories behind the structures including how Freemasons influenced the Washington Monument and why a man was ousted from the opening ceremony of the Lincoln Memorial. THE HISTORY CHANNEL-® reveals the stories behind these magnificent structures illuminating the secrets beneath their flawless fa+§ades. WAR MEMORIALS: From the unforgettable vision of Arlington Cemetery to the controversy that nearly derailed the Vietnam Veterans Memorial this program examines the nation's legendary war monuments and the heroes who inspired them. DVD Features: Interactive Menus; Scene Selection