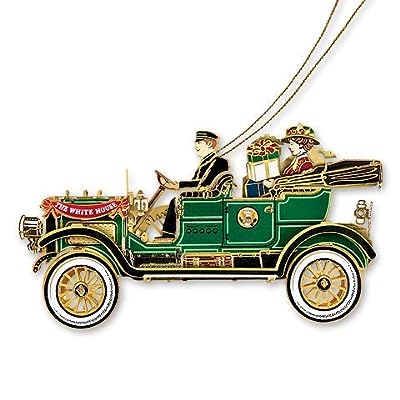 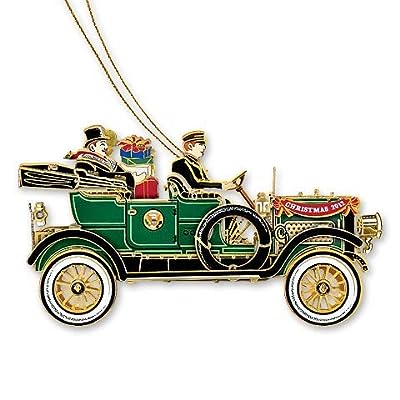 The Official 2012 White House Christmas Ornament honors President William Howard Taft who introduced the automobile to White House transportation in 1909, breaking a long presidential tradition of reliance on horse-drawn vehicles. The ornament celebrates Taft's adoption of the automobile, his love of manufacture and invention, and his ready acceptance of modernity. It depicts President and Mrs. Taft enroute to deliver Christmas presents. They are seated behind chauffeur George H. Robinson in the White Motor Company's Model M, a seven passenger steam-powered touring car embellished with the Great Seal of the United States on the doors. The color, as described at the time, is "a harmonious blend of subdued greens."

The 2016 ornament honors the administration of William Howard Taft, who served as the twenty-seventh president of the United States from 1909 to 1913. Made in the USA Crafted from 24-karat gold finished brass 2 x 3 ½ inches Includes a brochure describing the inspiration for its design and historical background.