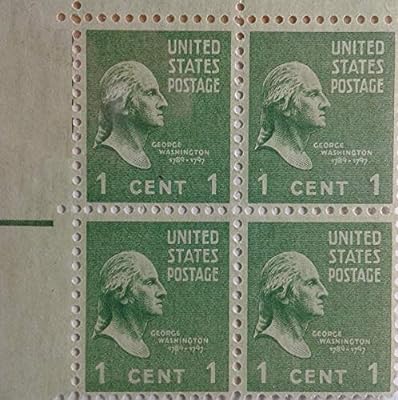 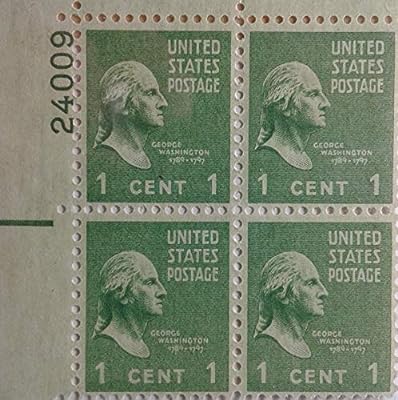 U.S. #804 1938 1 Washington Presidential Series Issue Date: April 25, 1938 First City: Washington, DC Quantity Issued: 20,804,006,500 Printing Method: Rotary press Perforations: 11 x 10 ½ Color: Green Known affectionately as the "Prexies," the 1938 Presidential series is a favorite among stamp collectors. The series was issued in response to public clamoring for a new Regular Issue series. The series that was current at the time had been in use for more than a decade. President Franklin D. Roosevelt agreed, and a contest was staged. The public was asked to submit original designs for a new series picturing all deceased U.S. Presidents. Over 1,100 sketches were submitted, many from veteran stamp collectors. Elaine Rawlinson, who had little knowledge of stamps, won the contest and collected the $500 prize. Rawlinson was the first stamp designer since the Bureau of Engraving and Printing began producing U.S. stamps who was not a government employee.